It has been one year since we introduced paid leave for new fathers at the company. Get to know how the policy came to be and what the first dads have said about it!

The idea of introducing paternity leave to Neticle arose when one of our colleagues announced that he would be having a baby soon. This was when we realized that even though we had begun as a startup and a community of young minds, we did grow up during the years. The goal was to create a great solution for all fathers to be able to spend time with their newborn babies, and settle into a new family routine with their partners. The founders and the management of the company embraced the idea immediately – the question was never whether to introduce it or not, but on what terms.

“I talked to Péter Katona [the then father-to-be] to find out how he would suggest setting up the terms of paternity leave, and I also examined other companies’ best practices in this area”

“After summarizing my learnings, I tried to create a setup that would benefit our employees and fit the general operation of the company, too. The biggest challenge was finding the balance between letting new fathers spend as much time with their families as they can, while avoiding overburdening the rest of the team with tasks and preventing them from going on holidays themselves.”

In the end, a two-staged structure seemed to be the best solution, and in April 2021, paternity leave was launched with these sections:

Since the exact date of the baby's arrival is of course impossible to predict, all fathers-to-be should indicate the expected date as soon as they can to their managers, but of course it is then handled flexibly.

Being there for all of it

“First of all, when a child is born, the father shouldn’t only ‘help’ the mother in caring for it, he should participate equally in everything”

– emphasizes Péter Katona, the first employee who went on paternity leave at Neticle.

“This is how I think it should be and how I wanted to do it. For me, being a dad does not equal getting home by evening bath time; but unfortunately, that is all many dads can partake in, even when they would like to do much more.”

Paternity leave let Péter handle fatherhood in an optimal way, especially since its terms are so flexible, including its starting day. He was able to give a strong foundation to his being a true caretaker of the baby, and Neticle’s general flexible working hours still let him continue on that path, now that his paternity leave is over.

Next in line for going on paternity leave is none other than Neticle’s Co-Founder & CTO, Róbert Horváth.

“I don’t take mental health lightly, and as a founder of Neticle, I support every initiative that promotes it. Calm and rested people do better at work as well.”

Flexibility is especially important when a founding member is going on a longer hiatus. However, Róbert is planning to use paternity leave on his own terms: his plan is to still work for one day each week. Even so, the preparation for his leave is going to benefit his team in the long run, too.

We wish all fathers (and mothers) a wonderful time with their new babies, as well as a supportive work environment in the long term! 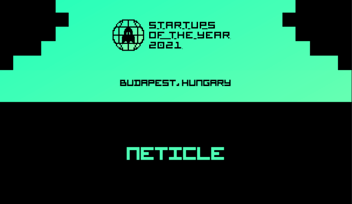 "We don’t want AI to replace human intelligence - we want it to enhance human decisions."

Neticle has been recognized as the number one startup in Budapest by HackerNoon. To accompany the... 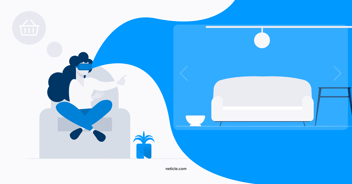 The door is open for augmented reality and async work

The lifestyle that emerged during the pandemic brought more online purchases and online...

What TikTok users think about your brand

Neticle has reached a new milestone: we proudly announce that our Media Intelligence will now...