In 2020, we announced Neticle’s complete V4 coverage, and we have been hard at work since. This year we’ve reached new landmarks by entering the Danish, Greek and Swedish markets – both in terms of social listening and survey analysis.

Neticle has never stopped growing in the 9 years that have passed since its founding, but as for 2021, we have set a goal for the company no smaller than complete European coverage. That’s why it is our great pleasure to announce an important milestone on the road towards this goal: both of our flagship products, Neticle Media Intelligence and Zurvey.io have become available in Denmark, Greece and Sweden.

In order to teach our algorithm to understand Danish and Swedish, we have learnt all about the special structure of these languages and recognized the similarities. We have developed a unique language filtering solution to collect all relevant mentions from local news and social media for both of these countries, but to not mix Danish and Swedish ones up.

Online content from Greece is written using both the Greek and the Latin alphabet. Our own unique Greek NLP engine handles both, providing sentiment analysis and topic recognition with human-level precision. We have developed our own language filtering method to collect all relevant mentions from Greek social media.

For Neticle Media Intelligence, we collect as much public data from the Danish, Greek and Swedish web as possible and analyze all of it with nearly human accuracy. Data analysis in Zurvey.io runs with the same language algorithm that is constantly evolving based on contemporary online language use. This means you can be sure that all your survey responses are also analyzed with the same precision as online hits.

Is your company or brand present in multiple Nordic countries? Be on the lookout, then, because up next on our list is Finland. You’re only a short wait away from being able to follow your complete online reputation in the region and view your data from all the different Nordic countries in the exact same charts (with Denmark, Norway and Sweden already available).

Being aware of what your clients and followers are saying about you has never been more important than now, in the era of digitalization. Data from the past, pandemic-stricken year has clearly shown that more and more services are moving to the digital realm, and brands with outstanding online customer support take the lead. Users expect this as the new norm and will share their opinion and recommendations on blogs, forums and other social media sites.

We’re happy to help you stay on top of all this – in Danish, Greek and Swedish, or in the other languages our algorithm already knows. 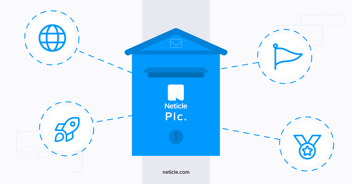 Breaking news: Neticle has levelled up

We’re starting February with an important step forward, as from now on, Neticle operates as a...

As the new decade just kicked in, it's time to summarize up what made 2019 so great to us. First of... 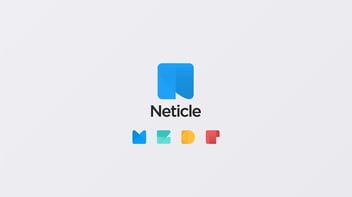 Big news are coming from Neticle, the Budapest based text analysis company. After months of...