What would you do if your favorite shows suddenly disappeared from your beloved streaming platform? Or if you couldn’t access the service you had already paid for? We’ll be looking at such horror stories and their outcomes in this blogpost.

Back in March, we gave you an overview of the streaming scene in Hungary – now it’s time to revisit the topic for a quick glance, as a lot is going on with the providers. This past month has been especially turbulent, we’ll see why in a minute.

If you take a look at the first two charts below, you can see that while the 29th of June was a mention peak for HBO Max, its online reputation went in the opposite direction. The reason for that is that quite a few titles suddenly disappeared from the platform, including some of HBO Max’s most popular local content, such as the Hungarian tv show The Informant (A besúgó) and the third season of Golden Life (Aranyélet). Kreativ.hu first wrote about the issue and then it appeared on more than 100 frontpage articles that day. Replying to the news site’s inquiry, the PR department of HBO Max announced that removing certain titles from the streaming provider’s repertoire was part of the merging process of HBO Max and Discovery+. 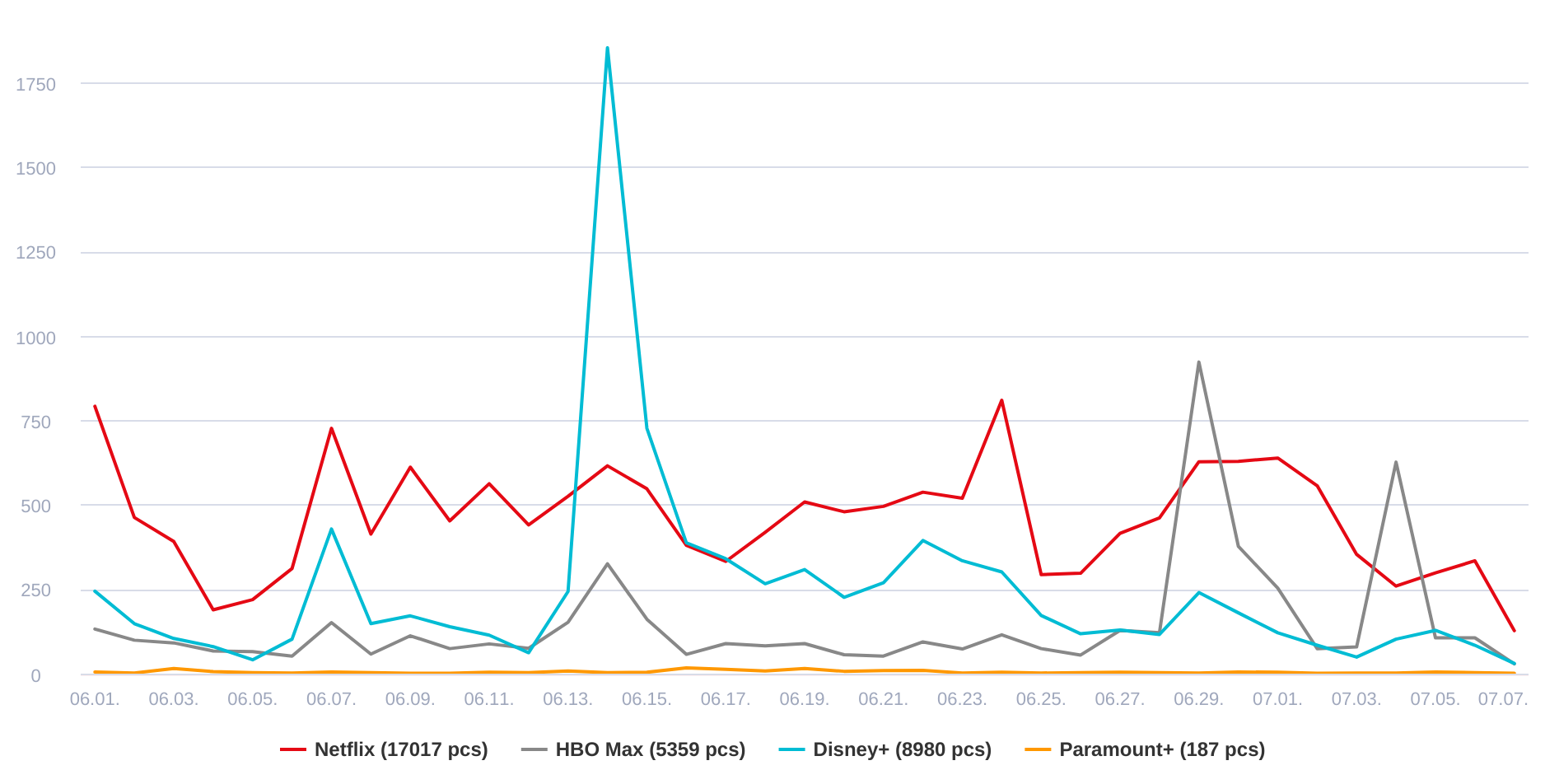 One of the most engaging posts mentioning HBO Max was published by HVG on the 1st of July, reporting on the fact that besides removing the show itself, even all social media posts mentioning The Informant had been deleted from HBO Max’s social media channels, “wiping away” the memory of the show.

The reputation crisis of the streaming platform deepened further on the 4th of July, when the media conglomerate Warner Bros. Discovery gave a statement to Variety.com about looking to recalibrate its streaming priorities. It revealed that the process included stopping the production of originals for HBO Max in the Nordics, Central Europe, the Netherlands, and Turkey. The announcement also confirmed that HBO Max would remove some content from its platform to free up licensing deals elsewhere. 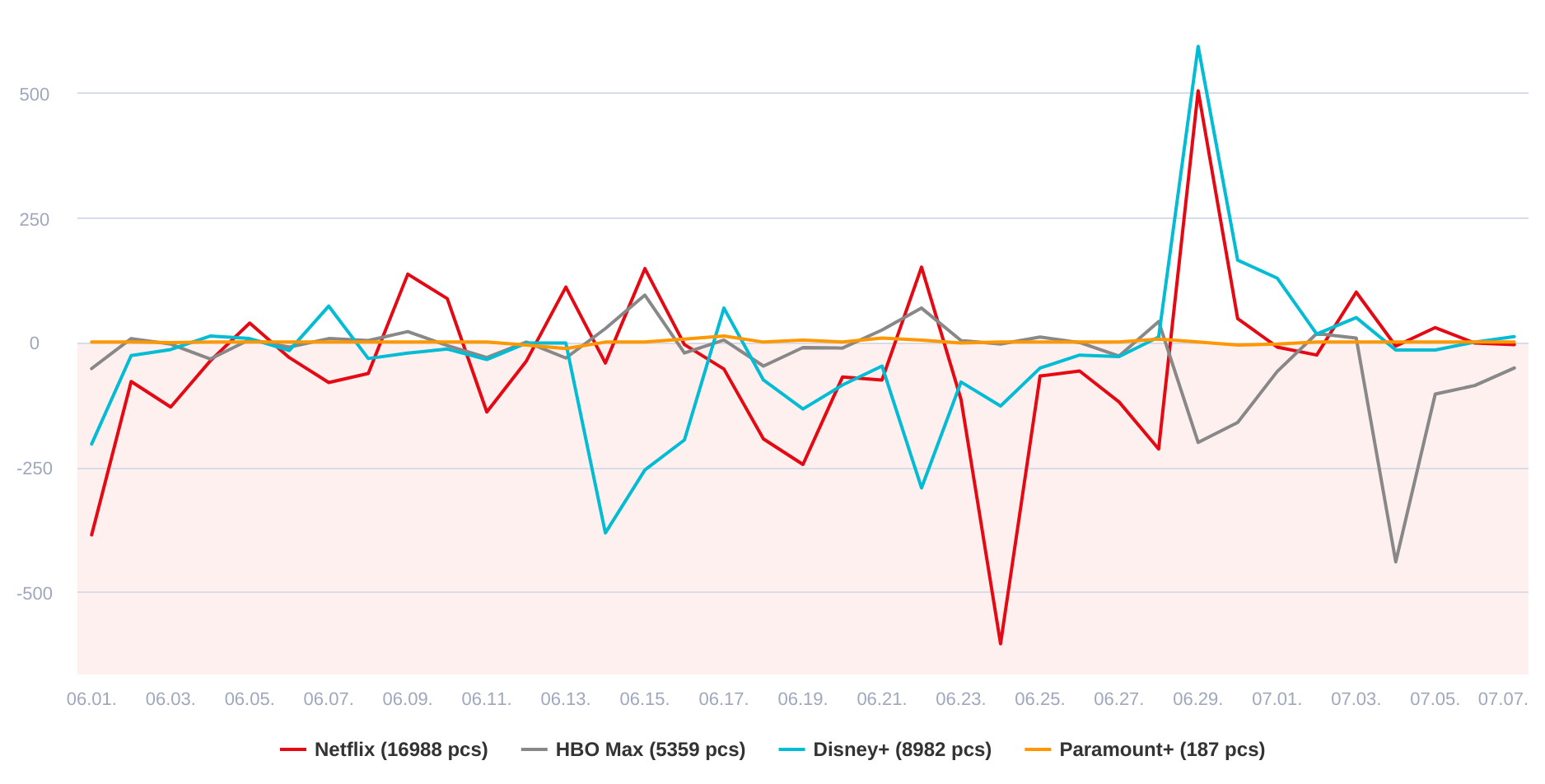 The sudden change of direction was an unpleasant surprise for interested parties even. Actress Laura Döbrösi (who also starred in The Informant) announced her new HBO Max movie on Instagram only a couple hours earlier than when the article on Variety revealed the sad news. But the number one most engaging content of the examined period – a YouTube video by PamKutya about deepfakes – also still promotes The Informant.

Get your own brand's reputation analyzed, too!

Netflix has a serious competitor now

Overall, Netflix is still the most talked about streaming provider, averaging around 500 public mentions per day, but the others – with the exception of Paramount+, which still isn’t available – are coming up much closer than before. The biggest reason is that Disney+ has finally launched in the country, and, looking at the first chart, it’s not hard to guess the launch date.

As we saw in our previous blogpost, there had been a lot of anticipation around Disney+, and that is why it’s especially painful to look at the sentiment analysis of the high number of mentions now. Unfortunately, almost 21% of the newly launched provider’s mentions were negative, and its daily opinion index (which shows the online mood around the brand) remained in the red zone throughout the month. (The only exception was the 29th of June, when LG launched a giveaway on its Facebook page where participants could win an OLED TV with built-in Netflix, Disney+ and HBO Max applications.)

So, what’s the problem with Disney+? From the online feedback it’s clear that there were lots of glitches at launch: many users who pre-registered did not get the expected email to log in with, there were payment problems as well, and quite a few users and articles complained about the available selection of titles. 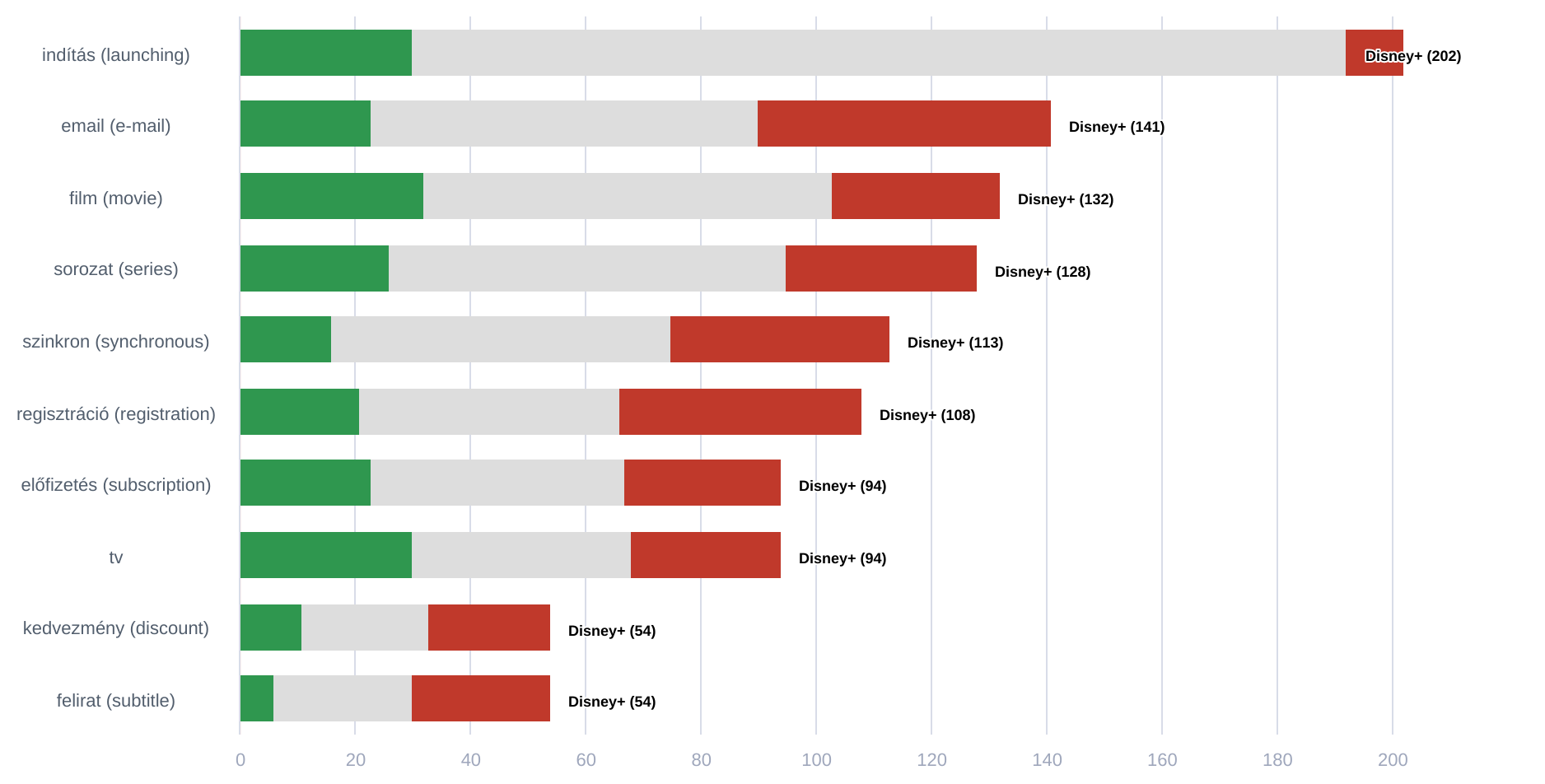 A complaint that kept coming up even after launch was related to dubbing and subtitles: lots of users contacted Disney+ on their Facebook page to say that Hungarian versions of certain shows or episodes were missing, or that subtitles got jumbled up.

On a more cheerful note, not all users were disappointed with Disney+: almost all the most engaging posts related to the platform were positive. Many of them were created by influencers who had participated in Disney+’s launch event in Warsaw – such as this one by hedinke and a vlog by Nessaj – which shows that the brand’s influencer campaign paid off. There was also a very negative article on Origo.hu, where users in the comment section disagreed heavily and supported Disney+, refuting the article’s claims. In the final days of the examined period, Disney+’s reputation was slightly better after the negativity caused by the initial issues. 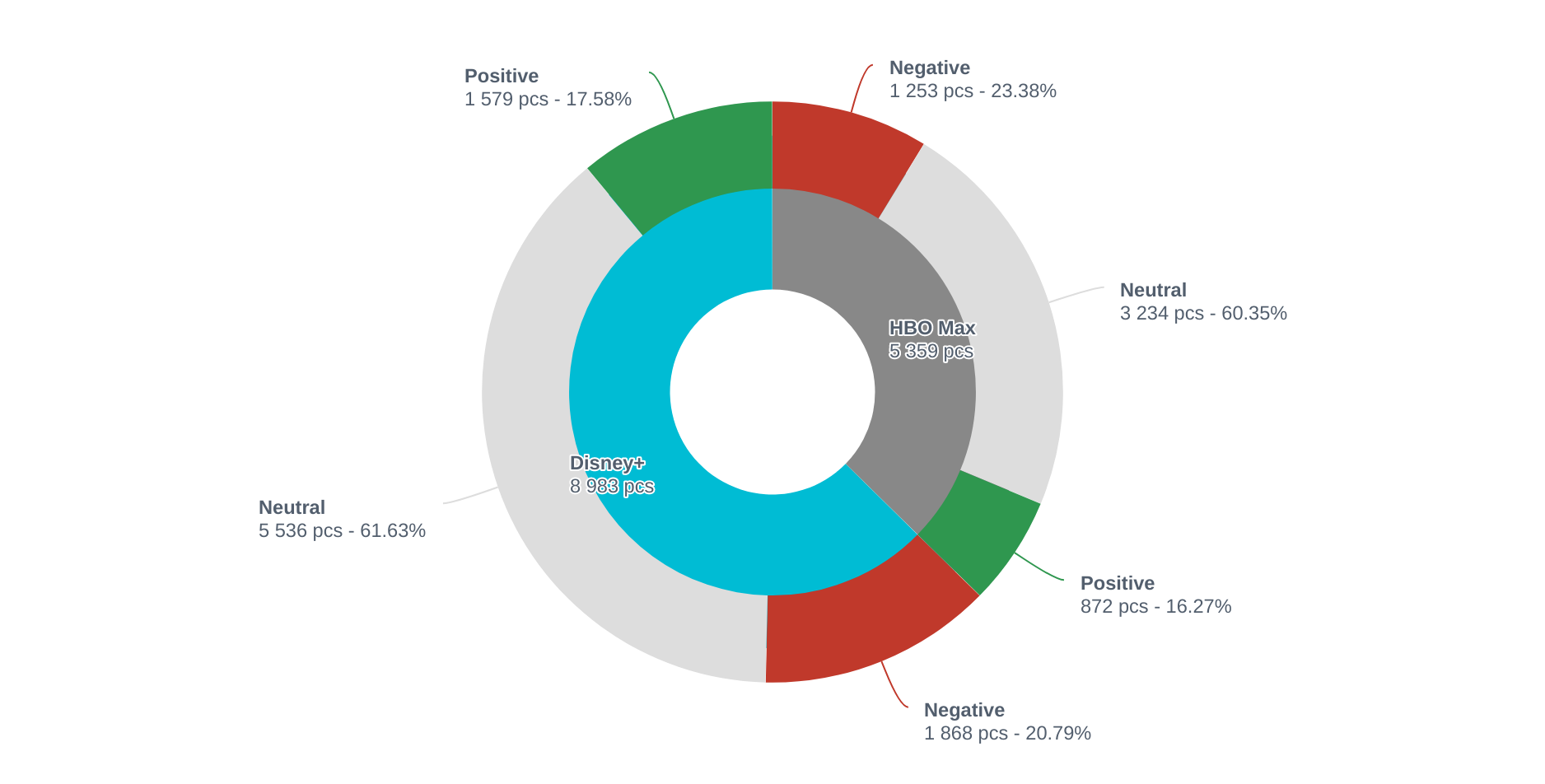 All in all, neither Disney+, nor HBO Max had a great start to this year’s summer season, though the latter definitely had much worse results with over 23% of its mentions being negative. We’ll keep an eye on them to see how and when they recover from the glitches and the changes due to the merger.

Your own reputation analysis is just a click away. 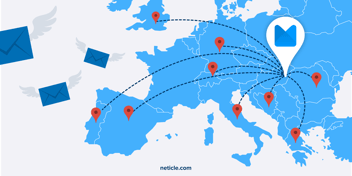