Is it time for us to do our holiday shopping in the metaverse?

We have examined what the future of virtual reality might look like, and whether Hungarians are ready to take care of their daily shopping needs with a pair of VR goggles on their heads, paying from their crypto wallets.

Even though many people are just now getting acquainted with the term, the first transactions in the metaverse have already been made in 2021. If you’re in the e-commerce business, it might be wise to seriously consider the opportunities offered by the metaverse, and do so sooner rather than later, because the highly personalized experience your customers can get is not available through any other platform. According to VentureBeat, shopping in the metaverse can already be commonplace by this year’s holiday season.

Colonization of the metaverse has already begun: both retailers and individuals are first buying virtual property, where they can open up their stores. So far, fashion industry stakeholders have been the most active, but FMCG players are not far behind. Walmart, for instance, has already created a video to show how they’re picturing the act of shopping in the future.

The BBC has likened the current state of the metaverse(s) to that of the dawn of social media: there’s no telling which virtual ‘land’ will come out on top, and it’s still uncertain how much time any individual will be able to spend in there, since the effect that wearing VR equipment might have on our health is still being investigated.

What role does trust play in using cryptocurrencies?

In the metaverse, one can only pay by cryptocurrencies, using a crypto wallet, which is why the two topics are closely connected. CB Insights suggests that paying from your crypto wallet will only get more secure in the future, but how open or distrustful users are about them is still a big question, and a factor in their becoming more widespread. According to Coindesk, the more somebody knows about cryptocurrencies, the more they trust them, but there is often an even bigger factor: the country where the person comes from. In developing countries, the need for and trust towards decentralized cryptocurrency is above average, particularly because trust in central institutions is much lower in these places.

The huge amount of analytics work being conducted in the crypto market also supports the generation of trust, though the actual level of trust might be much higher than what clickbait articles in the media suggest. The willingness to invest has not yet decreased despite fluctuations in cryptocurrency stock values and the numerous hacker attacks, Money.com says.

What do Hungarian users think?

Now that we’ve seen the global trends, let’s examine the online perception of the metaverse and crypto wallets in Hungary. How much do Hungarian users trust them? What are the local trends? To answer these questions, we have collected all public mentions of ‘metaverse’ and ‘crypto wallet’ from the 1st of January, 2022. 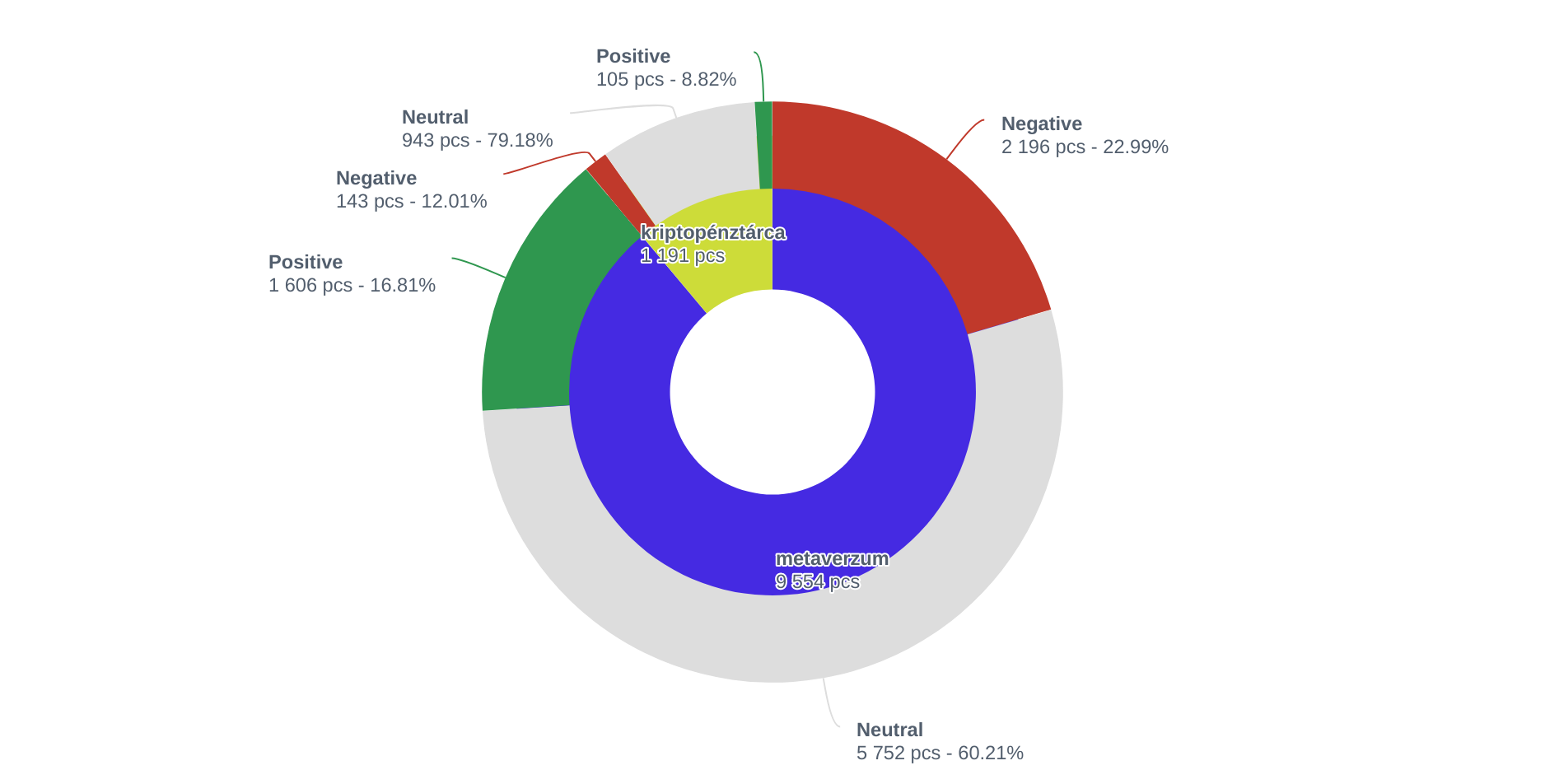 This is what the share of positive, negative and neutral sentiments looked like for crypto wallet (kriptopénztárca) and metaverse (metaverzum)

This is partially due to the fact that a couple of scandalous events happened in the metaverse and had huge negative coverage from the press. In February, HVG and 444, among others, reported that a woman had been raped in the metaverse last December, and there had been other instances of sexual abuse disclosed. The news appeared in the most engaging posts on social media as well. 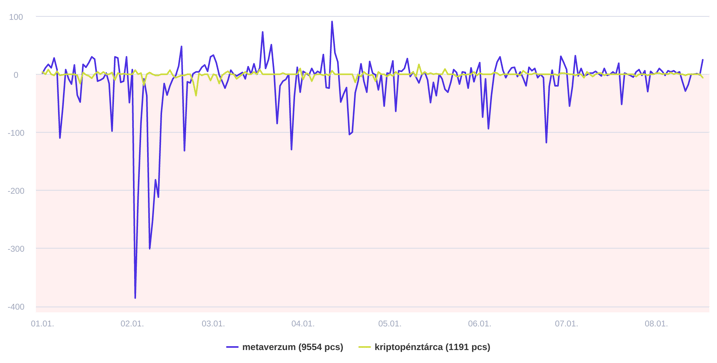 The news that - fleeing physical restrictions - multiple American and an Indian couple held their weddings in the metaverse generated a flood of comments as well. Accounts of the wedding parties with thousands of virtual guests were met with stinging sarcasm on the Hungarian web. However, even the more general, educational type content got its fair share of negative comments, such as Ridikül’s episode on the topic, or Partizán’s analysis. On the other hand, unlike the aforementioned content that was aimed at a wider audience and generated a lot of aversion and fear, some YouTube channels’ videos on the topic were actually popular in a positive sense, such as blockchainbloom hungary, Botkaszt and TheVR Happy Hour.

When we look at key topics, shopping on metaverse’s list is in 11th place. It’s currently games and different developments and platforms that appear most frequently in online discussions. 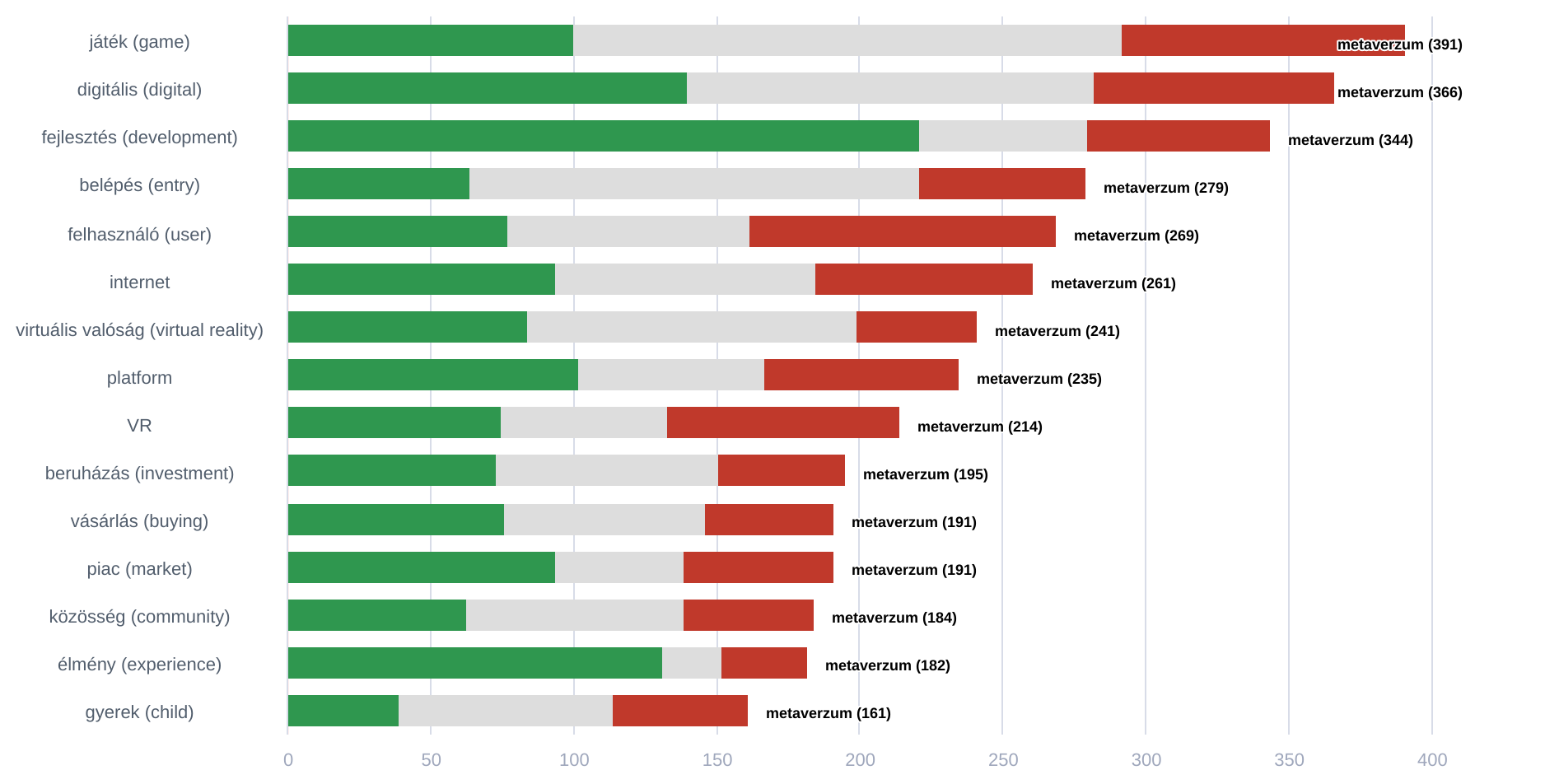 So far this year, Hungarians have talked about the metaverse online over 8 times more than about crypto wallets, and the two keywords’ mentions didn’t even appear on the same platforms most of the time. While in the case of the metaverse, the largest share of online mentions came from Facebook, forums and news sites (in this order), in the case of crypto wallets, news sites and YouTube were obviously the most dominant. What they have in common though is that neither appeared much on Instagram or TikTok. 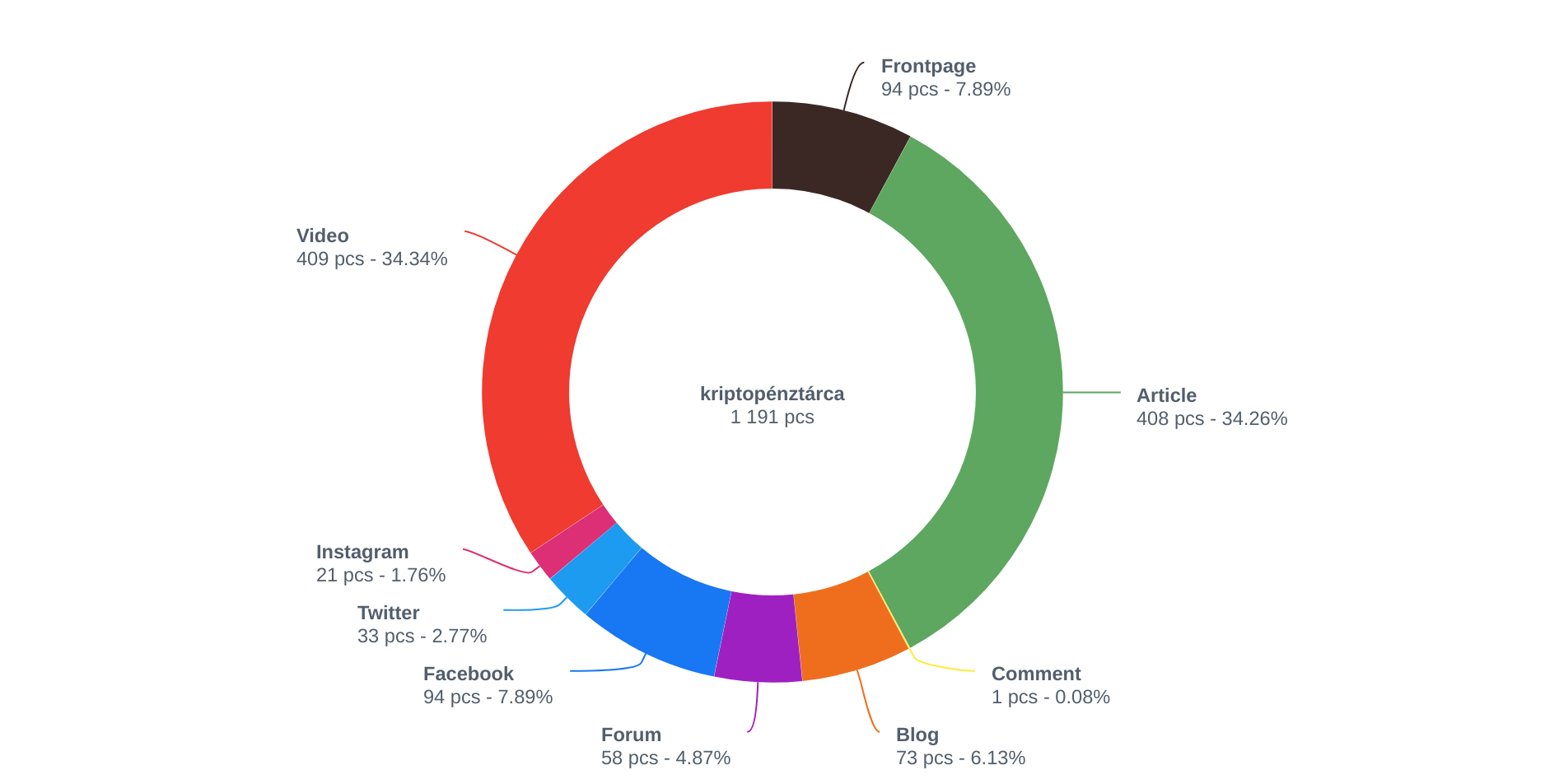 The most watched YouTube channel on crypto wallets belongs to Dr. Janó Dániel, but Bitcoin Hírek had a large viewership too, while Tízes lista made a popular video about NFTs.

Crypto wallets did not generate such powerful emotions as the metaverse did. When negativity did appear though, it was mostly due to fluctuating currency rates, hacker attacks, frauds or different regulation issues, but never because of the mere existence of crypto wallets, which was obviously common in the case of the metaverse.

Current Hungarian data suggests that the biggest obstacle in front of crypto wallets becoming mainstream is that most people don’t really understand how they work. However, they also don’t necessarily connect them to the metaverse (though there is probably a lack of deeper understanding about the metaverse as well). The many educational, analytical, forecasting and warning materials indicate that Hungarian internet users are mostly just now learning about what the metaverse and crypto wallets are, so their becoming a significant part of e-commerce is perhaps still a while away.

Learn about the trends of your industry, too, with Neticle Media Intelligence!