Join the Equalizer Foundation and Neticle in talking about ways to solve the issue of inequality in workplaces – in terms of pay, opportunities and investments as well.

One of Neticle’s basic values has been equality from the beginning, the most important manifestation of which is in our salary system. We have several policies in place to ensure that there’s no wage gap between genders, or people with different backgrounds: only experience, skills and performance matter.

At Neticle we have always been actively fighting the gender pay gap, which is still significant worldwide. In Hungary specifically, women make on average 17.2% less money than men, which adds up to more than two months of a pay difference on a yearly level.

Neticle’s salary system is completely transparent: every team member can check all others’ monthly wages, even in retrospect. This is important because it creates an air of trust, and it also prevents any second-guessing about different positions or titles. Everyone is aware of what level of pay is achievable in the long run, and there’s no glass ceiling to stop them from getting there. However, equality in companies begins at hiring, and Neticle has never had a job opening with gender-related requirements. We are proud of our colorful teams, especially in fields that are typically more male dominated, such as IT development or analysis.

A good occasion to get closer to a large-scale solution

To shed light on and seek solutions to the gender pay gap, Equalizer Foundation is organizing a conference on the 20th of October on the occasion of Equal Pay Day. You can join the conference if you agree that the gender pay gap is damaging to everybody, not just women, and want to learn how it still manages to exist. Most importantly, panelists will be talking about numerous ways to successfully fight this hurtful practice.

Joining one of the panel discussions will be Fatime Péczka, Head of People at Neticle, who will also explain Neticle’s business practice of creating clear career paths for everyone within the company with a skill matrix. Neticle’s skill matrices are unique to each job title, and employees were involved in the development of each of them.

The event will be held in Hungarian and English, with interpretation.

The Impact of a Global Pandemic on Online Business and Marketing

The global pandemic is proving to be something quite new and unprecedented. Sure, it’s not the...

Looking to add innovative, scalable, and cutting-edge products to your software or service... 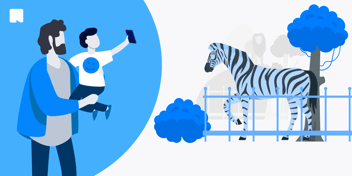 It has been one year since we introduced paid leave for new fathers at the company. Get to know how...