Rings vs Dragons: who ruled them all?

Prequels and spinoffs are more popular nowadays than ever, and while it’s easy to see why creators want to expand already well-loved universes and storylines, it’s often a risky business to do it. Did the newest ones nail it and live up to the hugely successful originals? We’ve gathered what European fans think.

The cozy season is upon us, and with that, comforting and much-anticipated spinoff shows have arrived to Prime Video and HBO. If you’ve been longing to return to Middle-earth or Westeros, you know we’re talking about The Rings of Power and the House of the Dragon. Since and even before their launches (on the 1st of September and the 21st of August, respectively), there has been much talk online about both of them, but what did eager viewers say and how did they feel about the shows once they began watching the episodes?

To answer these questions and see whether they’ve met user expectations or not, we’ve collected the shows’ public online mentions from eight European countries (the DACH region, Hungary, and the Nordic region) from the beginning of July, with the help of Neticle Media Intelligence. The software then performed automated text analysis on all of the collected text, showing not only the polarity of the mentions but key emotions, topics and much more.

One thing that both shows have in common is that they got fans fired up and talking about them a lot in all the examined countries, already when trailers came out over the summer, but especially after the launches of course. Conversations are still going strong as new episodes are released every week, but fans’ opinions are wildly different for the two shows.

Lord of the Blings

The first (and sometimes the only) thing that articles and reviews highlight about The Rings of Power is of course its enormous budget, since it is the most expensive series of all time. Amazon – with Jeff Bezos personally involved – purchased the rights to produce it for 250 million dollars.

And then the whole series is expected to cost 1 billion dollars to make.

However, critics across all countries agreed that even though Amazon managed to create fantastic, beautiful scenes and images with that money, what the show is lacking is an interesting story. They argue that characters are flat, the whole show is kitschy and it is just irrelevant and unnecessary. A widely shared Swiss article called the show ‘Lord of the Blings’, Austrians also highlighted that it’s super expensive but nothing more, Swedish also talked about the gigantic budget.

The most engaging video in Germany talking about the show was the one by the Filmanalyse channel, where film critic Wolfgang M. Schmitt shared that he would not continue watching the show after the first few episodes because it was so bad, and that amount of money could (and should) have been spent to create much higher quality content – it’s just not worth anyone’s while. 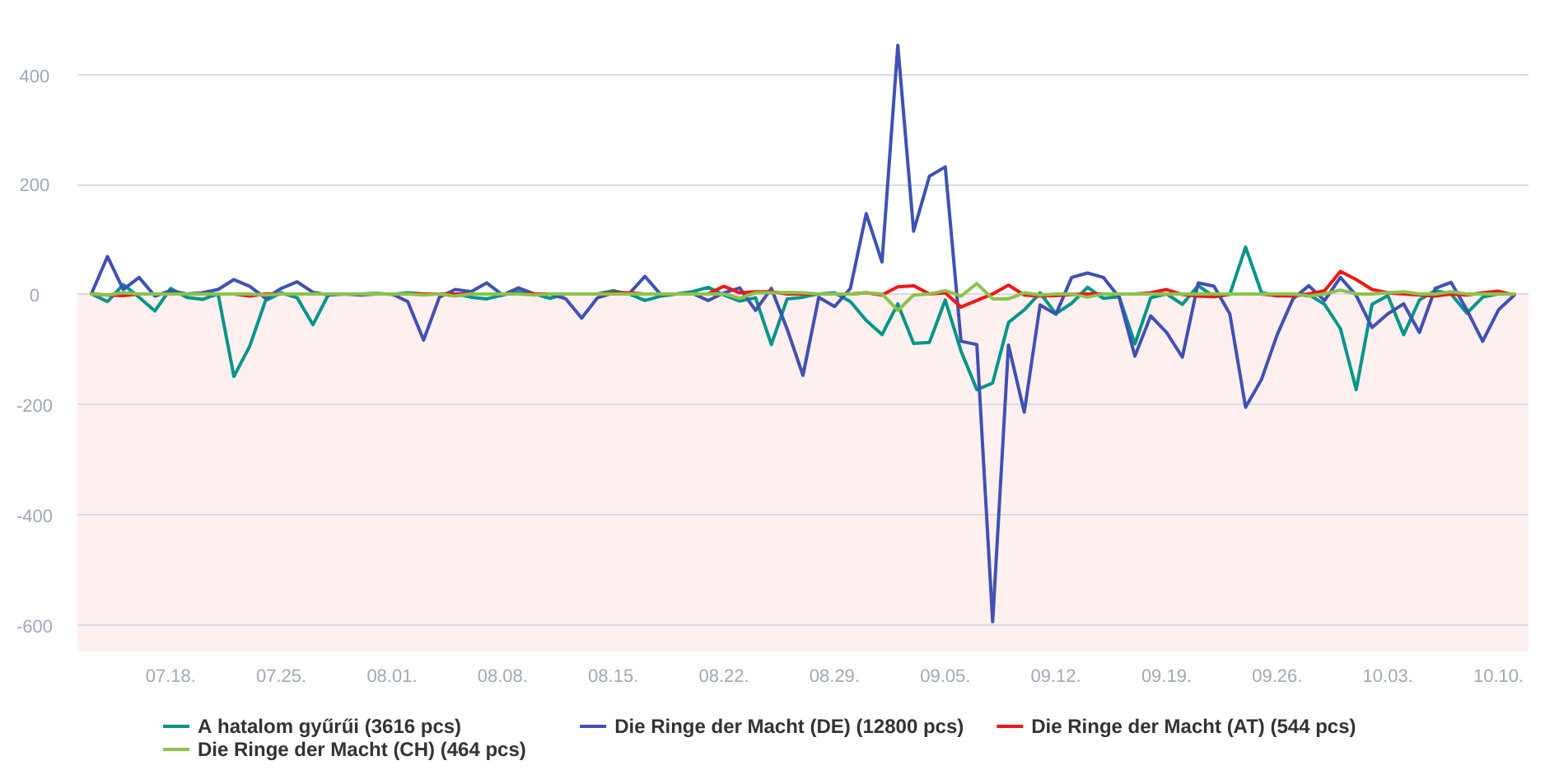 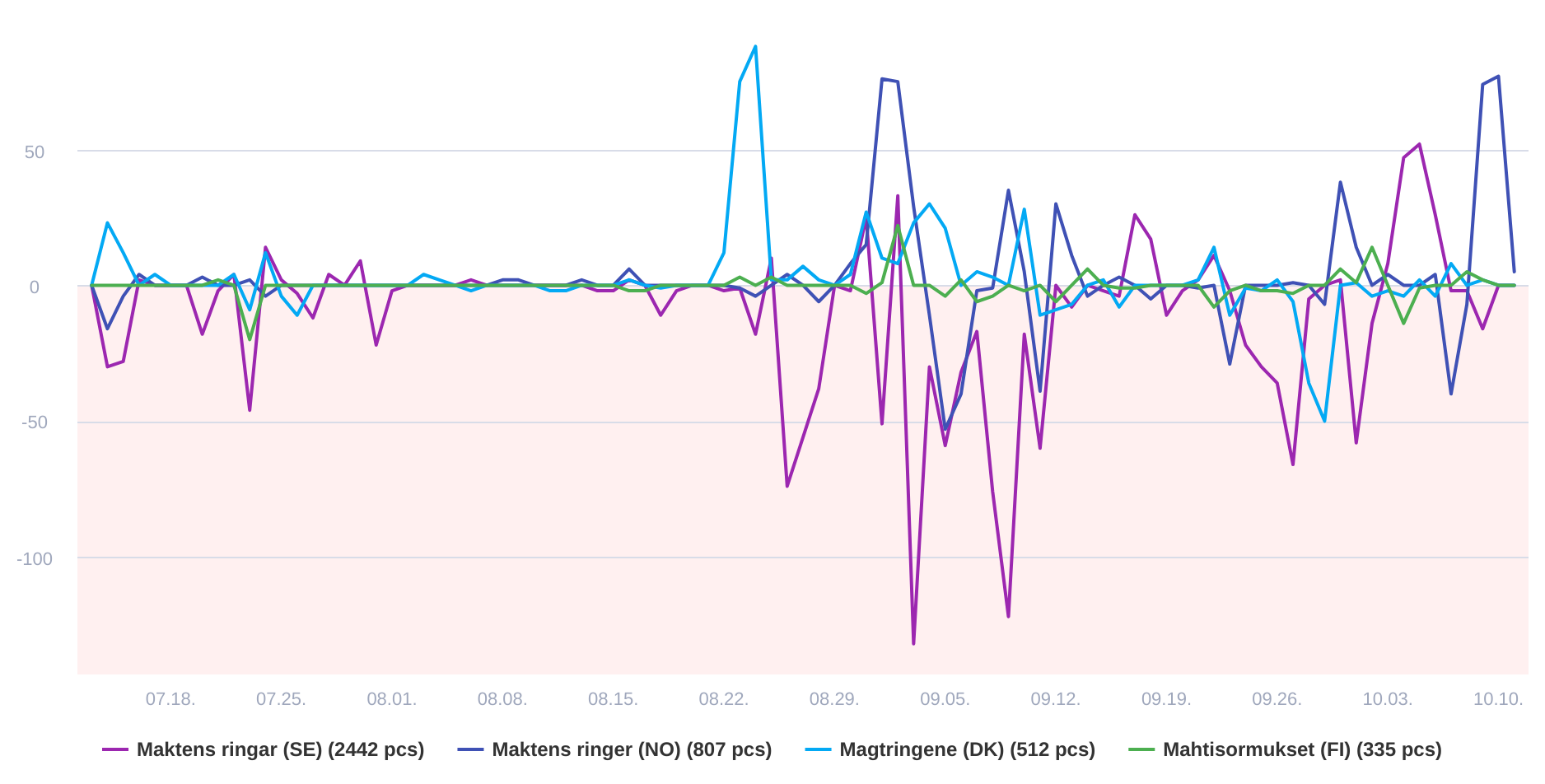 Overall, it’s a failure in Nordic countries as well

Could black elves have existed in Middle-earth?

For the sake of diversity, Amazon included people of color in all “ethnic” groups, such as elves, dwarves and the ancestors of hobbits. This stirred up huge debates everywhere already since the trailers came out, the two opposing arguments being that Tolkien’s story did not have dark-skinned characters, and that including them is totally fair since all of it is fantasy anyway, so it’s good to represent today’s society in a show like this. 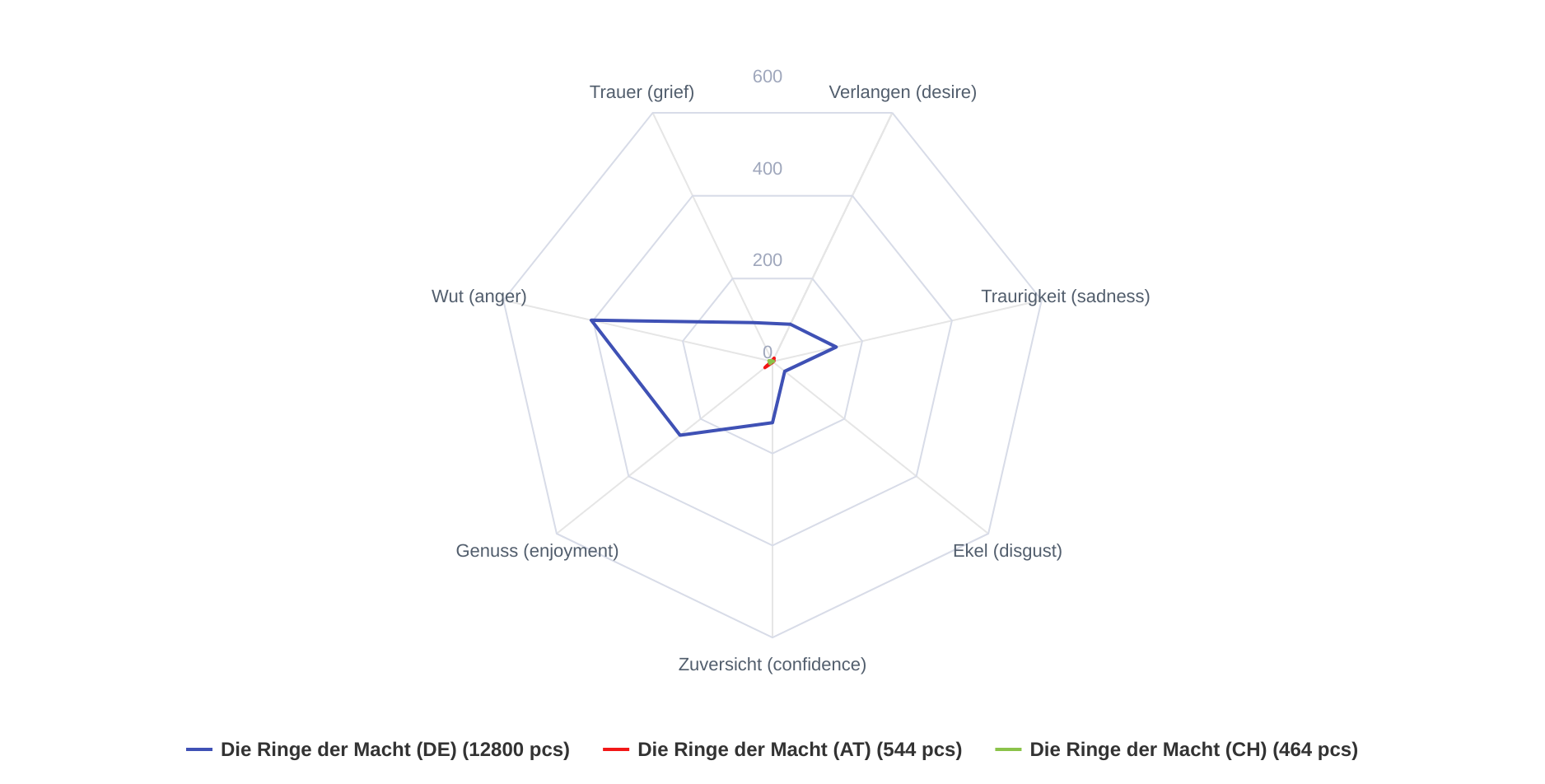 Anger was the strongest emotion…

The disputes got so out of hand that even the original cast of the Lord of the Rings took a stand beside the dark-skinned actors, saying everyone was welcome in Middle-earth. The most engaging tweets were a Spanish one widely retweeted across Europe, saying that no one has seen white elves either, and this other one blaming white people for not being able to accept black actors.

However, lots of fans were okay with black characters, but were truly sad that dwarf women did not have beards, as clearly described in the books.

Some tried to defend the show saying that Amazon did not get permission to use the original story, so they’ve had to largely make up these parts, which means that the audience should also be open to interpret things more freely. Others were simply happy just to be back in Middle-earth and enjoyed the beautiful images, and said that the show wasn’t as bad as critics and journalists made it out to be. Some reviews mentioned that even the story picked up the tempo after episode 6, like this German video by FILMSTARTS, though the show might have already lost quite a bit of its audience by then.

Debate as hot as a dragon’s breath

Mentions of the House of the Dragon are also full of debate, but in this case, most users did not debate about whether the show was good or not, but rather about some part of the story, or some outrageous thing the characters did. Simply put, most fans in this case were super engaged with the show, but some were quite shocked as well – which was probably the intention of the show’s creators. 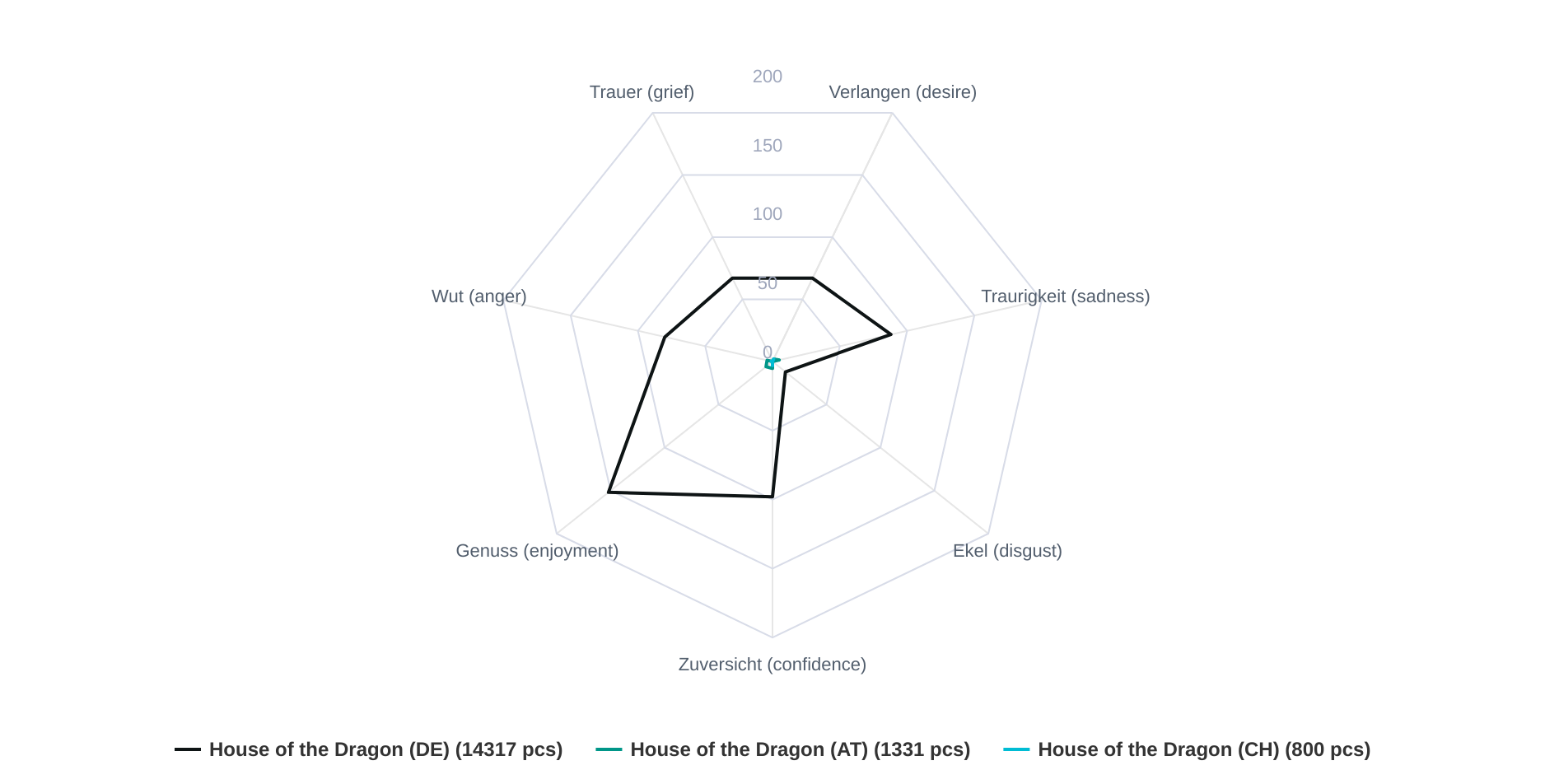 Perhaps it’s surprising, but one of the hot topics discussed because of the House of the Dragon was women’s sexuality and the general representation of women. Male and female roles in relationships and power dynamics are an important part of the series, and fans appreciated that the show made an effort to point out problematic points of the patriarchy, as well as the fact that women have sexual needs and desires, too. They also saw the irony of this being discussed in an HBO blockbuster, but it was welcome anyway.

Other hot topics include that this show features dark-skinned actors in traditionally white roles as well, but fans accepted this much better than in the case of The Rings of Power: some even argued that skin color differences worked out well for the series, showing when a character’s children were fathered by someone else. The depiction of incest was also quite appalling to many viewers, but the argument that “this is Game of Thrones, what did you expect” seemed to dominate. Episode 7 got some criticism that it was too dark to watch (shot outside at night without lights) but HBO replied to the fans saying it was an intentional creative decision.

The most engaging posts in case of the House of the Dragon are all positive, showing fans’ love for the show, with thousands of retweets across Europe.

Me and Daemon at the same time: #HouseOfTheDragon pic.twitter.com/MpogDJGidb

Viserys after every episode #HouseOfTheDragon pic.twitter.com/GpXt2TR66L

European fans have clearly spoken: it is the dragon who rules them all this time, not the one ring… 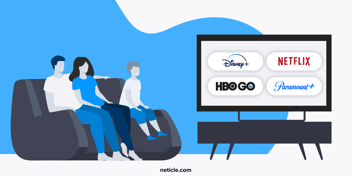 Keep calm & stream on: your viewers are counting on it!

A lot of realignment is expected this year on the market of streaming services, especially since... 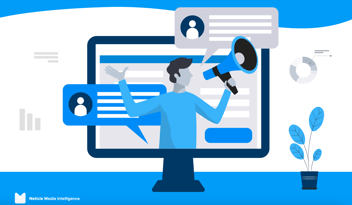